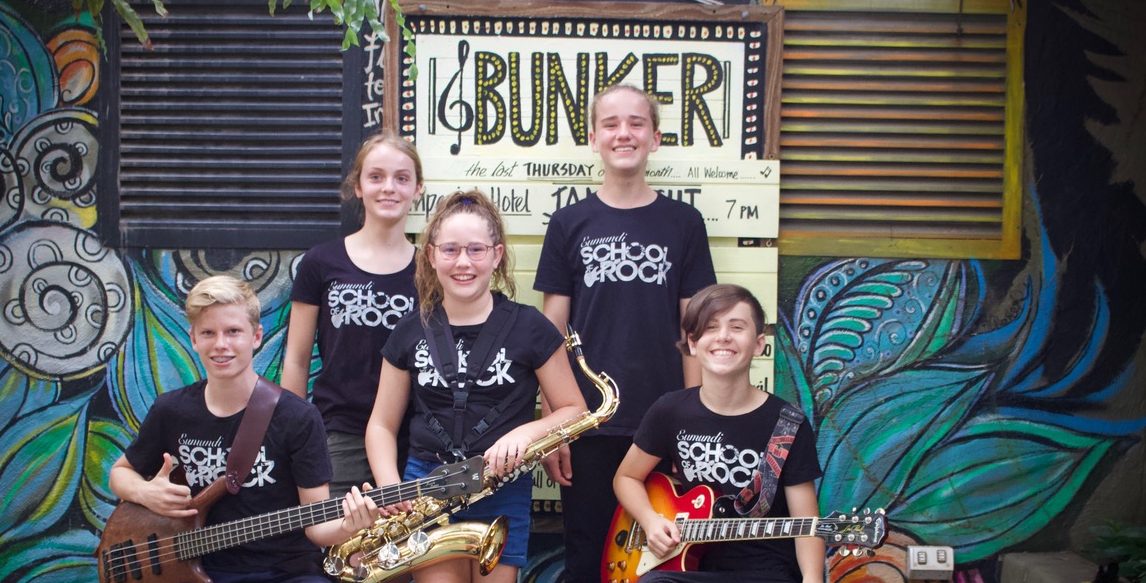 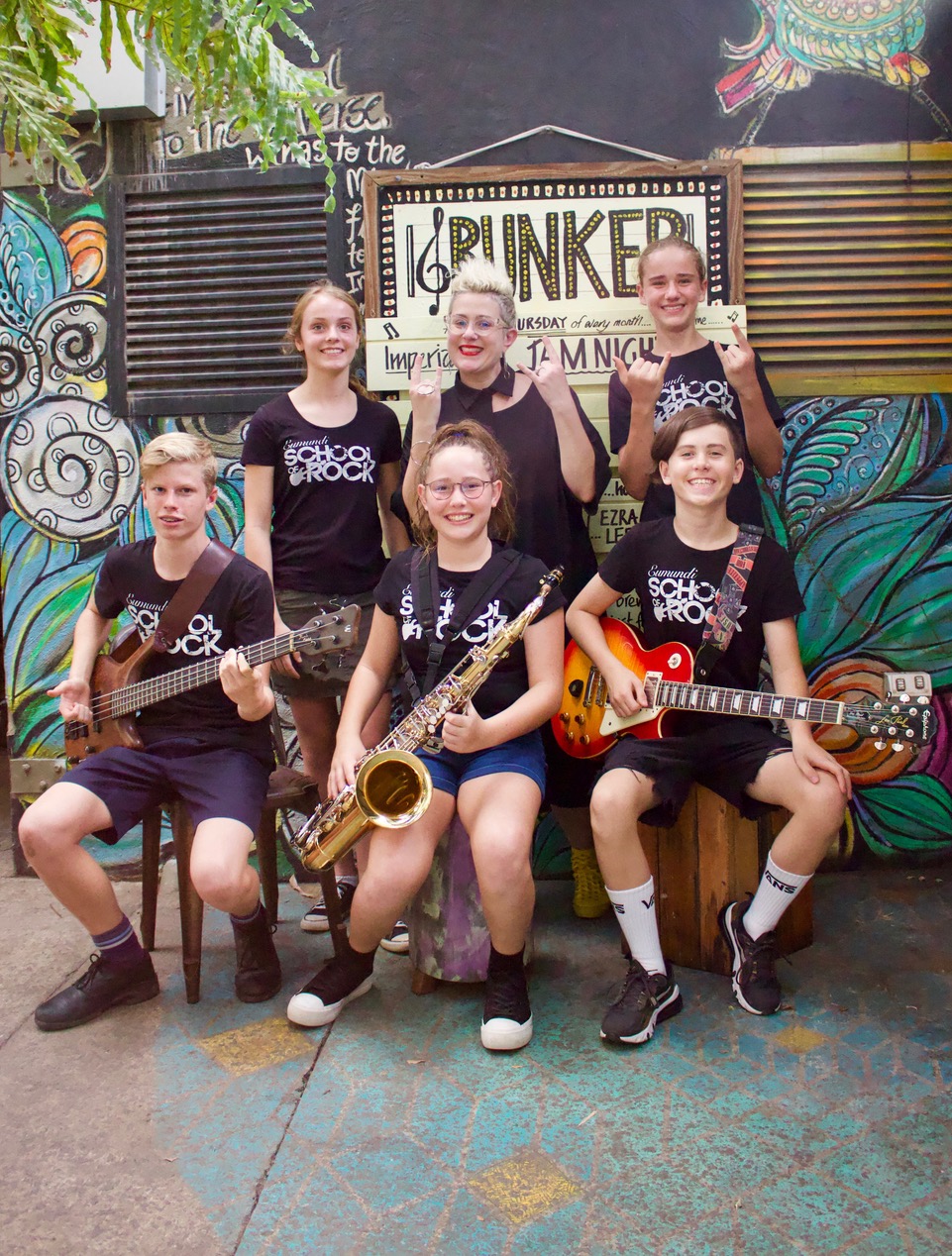 “We are absolutely thrilled that in our fifth year of Eumundi School of Rock, the wonderful crew at The Imperial Hotel are coming on board to sponsor a brand new teenage super band!,” says Katie.

“The Imperial Super Band will be open to audition for kids aged 13-17 and will include three free one-on-one lessons with our ESOR professional teachers, plus 10 weeks professional mentoring with ARIA award-winning and National Jazz Award-winning local musician/composer Zac Hurren and awesome professional gig opportunities!,” she says.

“We will still be continuing our 20 free scholarships for kids in Years 3 to 8, but this initiative gives us an exciting new opportunity to showcase our extra talented older kids!”

Manager of The Imperial Hotel Eumundi Paul Thomas said the team at the hotel are delighted to help the ESOR with a sponsorship that includes financial support to cover tuition and teaching for the kids, a lesson/rehearsal space and provision of back line (instruments).

“Music is a big part of what we do at The Imperial, and nurturing the next generation of musos will be a privilege,” Paul says.

“We’re thrilled that we’ll get to hear the awesome talent each week too – as The Imperial Super Band will have their lessons and rehearse in one of our performance venues called The Bunker,” says Paul. “It comes complete with thick sound-proofed walls, so they’ll be able to crank it nice and loud!”

Auditions for the ESOR Imperial Super Band will take place on 16 and 18 March (details at www.eumundischoolofrock.com.au), followed by three weeks of individual lessons, then 10 weeks full band lessons. The band will then perform at The Hinterland Craft Beer Festival on Saturday 27 June and also at the OFFBEAT Music Festival on Saturday 7 November.